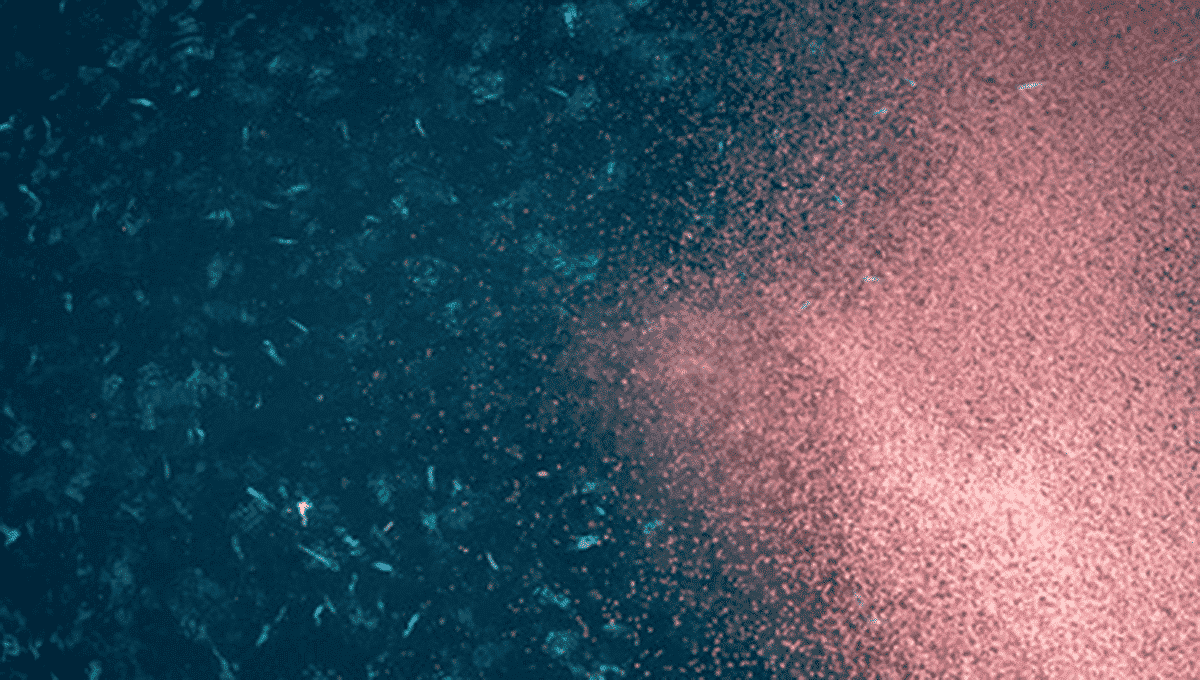 Dealing with the pain caused by Arthritis can be a great challenge and discomfort in daily life. Treatments are readily available, and numerous options exist to alleviate arthritis symptoms; however, some come with chemicals and side effects.

One of the products with the highest capability to naturally relieve you of those arthritis pains is NutriNZ’s Maxi OMEGA-3 Krill oil. Whether you are suffering from arthritis or concerned about your joint health, all you need is this Maxi omega-3 krill oil for arthritis supplement.

What Is Maxi OMEGA-3 Krill Oil?

Maxi OMEGA-3 Krill is a small crustacean, similar to shrimp. They live in colder oceans throughout the world, primarily in the North Pacific and the Antarctic. They are generally only one to five centimeters long, but krill is actually the largest animal biomass on Earth.

It also includes phosphatidylcholine, which is known to reduce stress and is a natural emulsifier. Maxi OMEGA-3 Krill Oil is also rich in Vitamins E, A, C, and the antioxidant canthaxanthin, making it an excellent option for brain health, joint health, and the immune system.

Our Mega Red Krill Oil is sourced from the pristine deep waters of Antarctica, making it free of heavy metals, PCBs, dioxins, and other contaminants. It gives our product a higher advantage over most fish oils harvested from waters with high levels of mercury and PCB.

Additionally, these fish are commonly harvested from toxic waters or manufactured “farms” where they are grown with chemicals and dye.

Maxi omega-3 krill oil for arthritis is effective in alleviating arthritis symptoms and pain as it has anti-inflammatory properties. One of the omega-3 fatty acids found in krill oil, EPA (eicosapentaenoic acid), has been shown to reduce inflammation.

A study done on rats with arthritis found that those given krill oils had significantly less pain and inflammation than those not given these dietary supplements.

Krill oil may also be more effective than other omega-3s, such as fish oil, as the body absorbs it better. A study on rats found that krill oil was absorbed better and led to a more significant reduction in inflammation than fish oil. So, yeah! Using Maxi omega-3 krill oil for arthritis can bring great results!

Arthritis is an inflammation of the joints and can affect one or multiple joints. One of the major causes of arthritis is a disorder in the normal amount of cartilage tissue in the body. Joint pain, stiffness, and swelling are the most common symptoms of arthritis.

It decreases the range of motion and may also cause skin redness around the affected joint. This pain results from inflammation around the joint, damage to the joint from disease, daily wear and tear of the joint, muscle strains caused by forcefully moving the joint against the stiff, and fatigue.

Here are the compounds that make the use of Maxi omega-3 krill oil for arthritis a highly recommended option in terms of different krill oil health benefits:

Red Krill Oil is abundantly rich in the antioxidant astaxanthin. Astaxanthin is a powerful natural anti-inflammatory agent widely studied for its beneficial effects on chronic inflammatory conditions such as arthritis.

The astaxanthin in red krill oil exerts its anti-inflammatory effects via multiple pathways, always an important plus for natural supplements over single-targeted drugs. First, its antioxidant powers reduce levels of tissue oxidation that lead to inflammation.

Osteoarthritis, one of the major causes of joint pain and disability, is characterized by progressive loss of joint cartilage, eventually leading to the degradation of many important components of the joint. After a while, this can lead to greater degrees of inflammation and the release of destructive enzymes that literally tear the joint apart.

Hyaluronic acid (HA) is a naturally occurring polysaccharide that is a major component of joint and connective tissue. In joints, it functions naturally as a lubricant and cushions the joint lining from repeated impacts and microscopic trauma. HA also plays a part in wound repair and regeneration.

An advantage of the hyaluronic acid found in Maxi OMEGA-3 Krill oil is that it is rich in phospholipids. It dramatically increases absorption, with blood levels greatly exceeding those obtained when hyaluronic acid is administered alone.

Phospholipids are an important structural component of cellular membranes and play a vital role in many cellular processes, including cell signaling, membrane trafficking, and enzymes.

Phospholipids found in Maxi OMEGA-3 Krill oil also play a critical role in the anti-inflammatory effects of this potent krill oil supplement. One of their mechanisms of action is to reduce the activity of pro-inflammatory enzymes, such as cyclooxygenase 2 (COX2) and 5-lipoxygenase (5-LOX).

The phospholipids in Maxi OMEGA-3 Krill oil also increase the production of anti-inflammatory mediators, such as prostaglandin E3 (PGE3), and decrease the levels of pro-inflammatory leukotrienes.

A study showed that a krill oil supplement rich in phospholipids was more effective than fish oil in reducing pain and stiffness in people with arthritis.

The omega-3 fatty acids EPA and DHA found in Maxi OMEGA-3 Krill oil are well known for their anti-inflammatory effects. These essential fatty acids work by inhibiting the production of pro-inflammatory mediators, such as leukotrienes and prostaglandins.

They also increase the production of anti-inflammatory mediators, such as PGE3.

A study showed that krill oil was more effective than fish oil in reducing pain and stiffness in people with arthritis.

Maxi OMEGA-3 Krill oil is a potent supplement that can help fight arthritis through its anti-inflammatory effects. The omega-3 fatty acids, phospholipids, and hyaluronic acid found in this krill oil supplement work together to inhibit joint destruction caused by arthritis.

How Long does it Take for Omega-3 to Work for Arthritis?

It is important to note that Maxi omega-3 krill oil for arthritis is not a “quick fix.”. It can take up to 12 weeks to realize the full anti-inflammatory effects of omega-3s.

That being said, some people may experience relief from their arthritis symptoms sooner than 12 weeks.

If you don’t experience relief from your arthritis symptoms after 12 weeks of taking omega-3s, it is unlikely that this supplement will be effective for you.

It is also important to note that omega-3 supplements may not be effective for everyone. Some people may not experience any benefit from taking omega-3s, while others may only experience a minor reduction in their arthritis symptoms.

If you are considering taking an omega-3 supplement for your arthritis, you must speak with your doctor first. Also, ensure you buy a high-quality supplement from a reputable name like NutriNZ. Our supplements don’t contain artificial flavors; they work as a natural powerhouse with minimal to no side effects.

Krill oil contains high levels of omega-3 fatty acids, which are known to have anti-inflammatory properties. Some studies have shown that krill oil can help to reduce inflammation in people with arthritis and other inflammatory conditions.

In one study, people who took krill oil supplements for eight weeks had a significant reduction in inflammation markers compared to those who did not take the supplements. Krill oil may also effectively reduce inflammation associated with other conditions such as heart disease and psoriasis.

The numerous studies of red krill oil in aiding arthritis and other joint-related health conditions are compelling and prove this product – Maxi OMEGA-3 Krill Oil – actually works as a support remedy for arthritis both for short-term relief and long-term improvement.

In one study, the effect of a krill oil extract on patients with arthritis and chronic inflammation was evaluated. One group received 300 mg/day of krill oil, and the other group received a placebo. On days 7, 14, and 30, C-reactive protein (CRP, a measure of inflammation) and the widely used WOMAC arthritis score were determined.

The WOMAC score assesses levels of pain and stiffness in patients with osteoarthritis. After just 7 days of supplementation, CRP was significantly reduced by 19.3% in the krill-supplemented group, while it rose by 15.7% in the placebo group.

In another study of krill oil combined with hyaluronic acid and astaxanthin—two elements that target pro-inflammatory agents in the body—arthritis patients reported a 55% pain reduction in under three months, with 63% entirely pain-free.

Maxi OMEGA-3 Krill oil helps reduce the infiltration of inflammatory cells into the joint and joint-lining tissues, a vital effect in reducing pain, swelling, and loss of function in arthritis.  Maxi OMEGA-3 Krill oil is naturally helping to decrease inflammation, and increasing beneficial nutrient flow into your bloodstream.

Maxi OMEGA-3 Krill oil for arthritis helps reduce the infiltration of inflammatory cells into the joint and joint-lining tissues, a vital effect in reducing pain, swelling, and loss of function in arthritis.  Maxi OMEGA-3 Krill oil is naturally helping at decreasing inflammation and increase beneficial nutrient flow into your bloodstream.