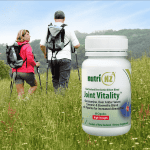 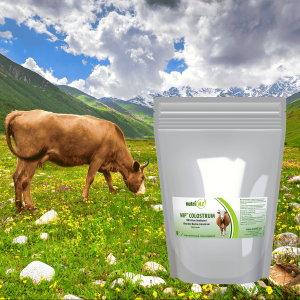 Rather than just treat a symptom or offer a particular trendy ingredient, it uses a scientific, multi-pronged approach to deal with each of the root causes of joint discomfort based on its unique formulation of ingredients: our New Zealand Premium Deer Antler Velvet, Turmeric, Glucosamine, Boswellia alongside with Piperine for enhanced absorption.

Free worldwide shipping on all orders over $50

Questions? Request a Call Back

NutriNZ Joint Vitality Complex is power packed with potent antioxidants to relieve inflammation. It delivers the clinically proven dose of 1500mg of glucosamine hydrochloride and adds chondroitin as well as a special high potency form of hyaluronic acid (joint fluid) which, when taken with glucosamine hydrochloride and chondroitin, showed significantly better joint comfort, flexibility, and mobility in studies than glucosamine and chondroitin alone. This is a super-efficient product that targets a variety of health issues through its power-packed formula – it is the ultimate in joint support and SO much more!

NutriNZ Joint Vitality Complex is ideal for people who:

NutriNZ Joint Vitality Complex capsules are GMP manufactured and laboratory quality tested. During storage and shipment, precautions are taken to ensure that product quality is maintained. Each package is given a batch number to enable traceback.

Trusted for over 20 years. Pure and naturally sourced ingredients produced in New Zealand combined with rigorous testing and manufacturing standards guarantee the quality, efficacy, and safety of all NutriNZ products.

Note: It is important for new customers to bear in mind that everybody’s metabolism and absorption rate varies. Most supplements can take up to 3 months to make a difference. We advise you to consider this for your order. There is no limit to long term use.

Caution:
Not recommended during pregnancy or lactation. Keep out of rich reach of children.

Pets:
To use, simply open the capsules and sprinkle powder onto their food.
Small dogs and cats: 2 capsule
Medium to large dogs: 2 to 3 capsules

What is Deer Antler Velvet?
Deer antlers grow at incredible speed and, after several weeks, as the antlers reach their final size, the cartilage within them gradually converts into bone. In the final process, the antler’s blood supply and nerves are lost. When the antlers have fully hardened, the stags rub them against trees or rocks to remove the skin that remains. As a result of this rubbing, the deer develop sharp bony weapons for combat against threats to their harem of females during the autumn rut or mating season.

Each spring the antler cycle begins anew and the skin around the pedicle expands and grows, initiating new antler growth. The hard antler from the previous season is cast off and the growth of the new season’s velvet crop begins. It is then that the velvet is harvested for its medicinal and performance qualities.

When the Velvet has been removed, it is allowed to cool on tilted racks just before being frozen. It is then ready to be processed. If it is removed at the right time, while still in the cartilaginous state, almost all of the antler can be used for medicinal purposes.

Is Deer Antler Velvet safe to take?
Studies on safety were commissioned from the School of Pharmacy at the University of Otago in New Zealand and overseen by Dr. James M. Suttie, a world recognized leader in velvet research. The studies were carried out according to OECD standards.
The studies showed that after 90 days of supplementation with velvet antler, the subjects were showing no unusual signs or symptoms. These provide reassurance that any potential build-up of active ingredients resulting from taking well processed New Zealand antler velvet does not lead to toxicity. The doses of antler velvet evaluated in the trial were far greater than any doses of velvet antler commonly used by humans.

How is NutriNZ Premium Grade New Zealand Deer Antler Velvet collected?
Humanely and ethically collected whilst the deer is alive, under local anaesthesia and under the supervision of a licensed veterinarian. It is a quick and painless procedure that does not harm the deer. Following the procedure, the deer is released back into the herd. It is also important to note that antler removal is required on most deer farm as antlered deer are considered a danger to the herd. So even deer farms that do not produce deer antler velvet practice this procedure.

How does NutriNZ Deer Antler Velvet work?
As a natural adaptogen, deer antler velvet works by restoring homeostasis to an unbalanced body. Due to the large variety of nutritional compounds found in deer antler velvet, it can target, help and maintain many of the body’s organs, daily functions and problems.

What is Growth Factor Matrix (GFM) ?
It is the ultimate health, muscle and anti-aging factor. Unfortunately as we age we experience a concomitant loss of GFM. The vast number of benefits of GFM centres around muscle development and performance. GFM transports glucose and amino acids into muscle while stimulating muscle DNA. This results in a muscular development in youth and muscle preservation in old age. For the athlete it means peak performance and quick recovery from intense training or injury. Other tissues of the body benefit from GFM because of the affect on DNA and RNA (Ribonucleic Acid and Deoxyribonucleic Acid – are nucleic acids that are an essential part of every living cell). This tends to stimulate a faster production of proteins such as enzymes that help conduct normal metabolism.

“In New Zealand , where the standards of deer farming rank among the best in the world, deer velvet has great potential as a dietary supplement that can be used to complement conventional Western therapies.” S R Haines and J M Suttie. Deer Velvet Technical manual Version 6.3 (July, 2009), Scientific Information Relating to Use of Deer Velvet as a Dietary Supplement.  Deer Industry New Zealand. Pg 11-13.

I have mild arthritis that flares up in my knee. I’ve been taking NutriNZ Joint Vitality for a month now and can already feel a big difference. Not only has the pain gone down, but I am way more confident in my movements. – Ken J, USA

Just wanted to say a big thank you NutriNZ!

Joint Vitality has helped both my wife and son! My wife had really bad joint pain her knees and wrists which is now way better. My son did a lot of heavy weight training and it really stressed his shoulders and he now swears by this supplement as its really helped his movement and strength. – Arthur L, Australia

I’ve been a runner for a long time now but more recently, especially in winter, my ankles and knees really feel the impact and its made running quite uncomfortable – which is heart breaking as its a real passion. BUT since taking NutriNZ Joint Vitality, my joints feel absolutely fine, stronger even. Such an amazing product which I definitely be recommending! Thanks again. – Carol R, USA