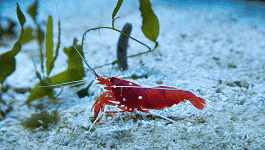 Antioxidants are natural or man-made substances that prevent damage caused by free radicals and oxidative stress. Free radicals are atoms or molecules with an odd or unpaired number of electrons. They are formed when oxygen interacts with other molecules. Once created, free radicals become highly reactive and start chain reactions.

When they interact with important cellular components such as DNA, free radicals can cause severe damage in a body and lead to cancer, autoimmune diseases, and other health-related troubles.

Antioxidants pose as the body’s defense organisms from this damage!

Essentially, antioxidants are molecules that safely interact with free radicals and neutralize them, thus delaying and even preventing oxidative stress and the damage it causes. Antioxidants prevent negative health conditions and play a role in anti-aging because free radicals speed up the aging process [1].

Although the body produces enzymes and substances that protect us from oxidative damage, to stay healthy, you also have to have an antioxidant-rich diet or take supplements to support the body in protecting itself.

Now that we know what antioxidants are and what they do, it is time to focus on the star of this article – the krill oil group.

The krill oil health benefits are countless. This oil is an excellent source of omega-3 fatty acids, including EPA and DHA. It also contains a potent antioxidant called astaxanthin.

Astaxanthin is a carotenoid pigment that gives krill and other seafood their red color. It is one of the most powerful antioxidants currently known, with up to 550 times the antioxidant activity of vitamin C and up to 80 times that of CoQ10!

But What does it mean?

It means that krill oil can potentially protect cells and DNA from damage caused by free radicals.

Several studies and articles published in the international journal have shown that krill oil can help to protect cells and DNA from damage caused by free radicals. In one study, krill oil was shown to reduce oxidative stress in human cells by up to 50%!

There is nothing denying the fact that krill oil lowers cholesterol levels.

Studies also show that astaxanthin has tremendous neuroprotective potential and works better when taken together with Omega-3 fatty acids [4]. It is needless to mention that red krill oil delivers both astaxanthin and Omega-3s, thus helping users to maximize their benefits.

Regular intake of astaxanthin can also help you manage or prevent diabetes. Evidence confirms that astaxanthin consumption can reduce glucose and improve INS sensitivity [5]. In this way, you will experience a significantly higher recovery from diabetes if you use krill oil.

Thanks to its anti-inflammatory and antioxidant properties, astaxanthin can also help you improve aerobic performance. For example, in the first and the second exercise test, which included cyclists, the supplementation of 4mg astaxanthin for 28 days resulted in a greater performance compared to a placebo group (olive oil) [6].

When it comes to cognitive function, krill oil has again proved to be beneficial. One study of the krill oil group showed that taking 2 grams of krill oil daily for 90 days can help improve memory and attention in adults with age-related cognitive decline. So, being krill oil-dependent increases attention, especially in adult age.

If you are an adult looking to become a better sportsman, using krill oil can address oxidative stress and positively influence sports performance.

Last but not least, krill oil can also help reduce premenstrual syndrome symptoms (PMS). In one study, women who took 2 grams of krill oil per day for two menstrual cycles reported a significant reduction in PMS symptoms such as bloating, breast tenderness, and irritability.

So, if you are looking for a natural way to reduce the symptoms of PMS, krill oil dietary supplements may be worth trying!

Yes, krill oil does contain choline, or you can say plasma choline. Choline is an essential nutrient that is important for many functions in the body, including brain development, liver function, and muscle movement.

Krill oil contains other nutrients, such as vitamins A, E, and selenium. These nutrients with choline concentrations work together to provide even more antioxidant protection.

At NutriNZ, our red krill oil has an abundant source of Omega-3 fatty acids and astaxanthin, the king of carotenoids. Numerous studies have confirmed that astaxanthin has anti-aging and anti-inflammatory effects, and regular intake of antioxidants supports cardiovascular health and aerobic performance, manages/prevents diabetes, and so much more.

Consumption of this supplement is particularly beneficial if we consider the synergistic effect of Omega-3 fatty acids and astaxanthin yields even greater effects.

Furthermore,  our NutriNZ Maxi OMEGA-3 Krill is certified to be free from heavy metals such as mercury, dioxins, and pesticides and sustainably harvested from the southern Antarctic Ocean under strict regulation for a traceable and conscious product.