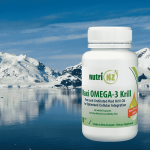 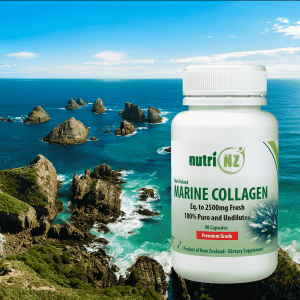 NutriNZ Maxi OMEGA-3 Krill is a powerful source of highly absorbable bioactive components structured in phospholipid form so they are more easily absorbed and broken down by your body – all with NO fishy aftertaste and reflux! Our formula contains 100% pure red krill, containing fatty acids such as omega-3s, antioxidants like astaxanthin and choline, which work together to support the heart, brain, eyes and liver.

Sourced from the Antarctic Ocean, NutriNZ Maxi OMEGA-3 Krill is free of heavy metals, mercury, dioxins and pesticides! With 56% marine omega-3 phospholipids and choline, it is one of the leading and most advanced krill oil on the market.

Benefits Animals Too! Capsules can be pulled apart and contents sprinkled into your pet’s food.

Questions? Request a Call Back

And Astaxanthin is known to be:

NutriNZ’s Maxi OMEGA-3 Krill SoftGels are made under internationally recognised HACCP Principles and Good Manufacturing Practices. Wherever possible NutriNZ sources active ingredients from New Zealand origin and raw ingredients are sourced from quality controlled and regulated New Zealand suppliers. It is New Zealand laboratory quality tested. During storage and shipment, precautions are taken to ensure that product quality is maintained. Each package is giving a batch number to enable trace back.

Trusted for over 20 years. Pure and natural sourced ingredients produced in New Zealand combined with rigorous testing and manufacturing standards guarantee the quality, efficacy and safety of all NutriNZ products.

Note: It is important for new customers to bear in mind that everybody’s metabolism and absorption rate varies. Most supplements can take up to 3 months to make a difference. We advise you to consider this for your order.

Storage: Refrigeration is not recommended for SoftGel capsules because they can break and leak.

Animals:
To use, simply open the capsule and sprinkle content onto their food. Once they try it they’ll love it!
Small dogs and cats: 1 SoftGel
Medium to large dogs: 1 to 2 SoftGels
Horses: 2 to 3 SoftGels

How is Krill in Maxi OMEGA-3 Krill different from Fish Oil?
One of the main differences between Krill oil in Maxi OMEGA-3 Krill and fish oil is absorption. The omega-3 fatty acids in NutriNZ Maxi Omega-3 Krill are structured in phospholipid form so they are more easily absorbed and broken down by your body. Most fish oils are structured in triglyceride form, making them difficult for our bodies to break down and convert, rendering them less effective.

What is Docosahexaenoic Acid (DHA)?
Docosahexaenoic acid (DHA) is a type of Omega-3 fatty acid that is essentially required by the body as a major dietary component, mainly for brain and eye health. For proper development of the brain and eyes, it is very important for kids to have sustained consumption of Omega-3 which is abundantly found in red krill oil. Apart from these benefits, DHA is also an important source of managing behaviours, improving cardiac health and functionality and in enhancing feminine health and rigour.

What is Astaxanthin?
Astaxanthin comes from unique microalgae (Haematococcus pluvialis) which are a source of this carotenoid and antioxidant. A study in the Journal of Medicinal Food found astaxanthin to be much more powerful antioxidant than other carotenoids, even vitamin E. The krill eat these microalgae, retaining the natural astaxanthin and through Krill Oil capsules, this Astaxanthin can easily reach human bodies.

When can you expect to feel results from Maxi OMEGA-3 Krill?
Some may feel results after a few days of taking krill oil. Changes in blood results can be seen after 1-3 months. Each person and condition is unique and responds to krill oil differently. For best results, couple Maxi OMEGA-3 Krill with a healthy diet and moderate exercise.