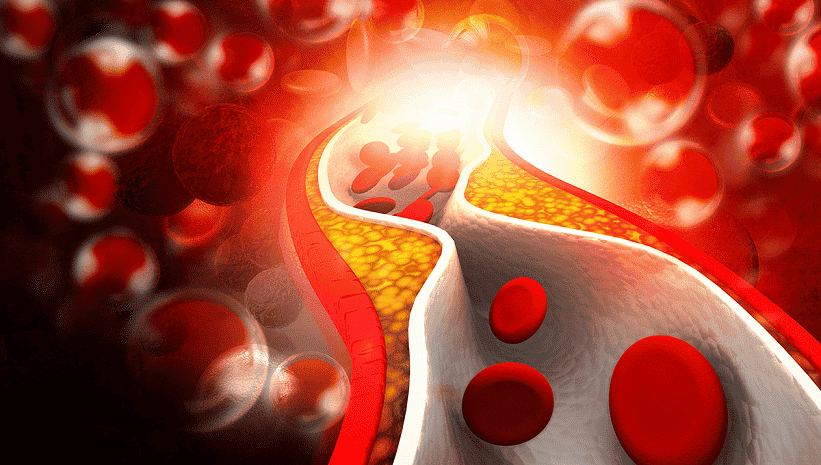 Before we dive into how Maxi OMEGA-3 Krill can help maintain cholesterol levels, let’s briefly touch on what cholesterol is. Cholesterol is a type of lipid (or fat) and is found in every cell of our bodies. It is essential to function in many biological processes properly, but too much cholesterol can harm our health.

A randomized clinical trial found that people with high cholesterol are likely to have some type of coronary heart disease, heart attack, and other problems.

Based on the types of lipoproteins that carry these packages, cholesterol is categorized into two main types:

Omega-3 krill oil is a type of fish oil that contains omega-3 fatty acids. These fatty acids can also be consumed through fish consumption, especially fatty fish twice a week. If not, you can go for fatty acid supplements.

Omega-3s are important for maintaining heart health and preventing cholesterol buildup. Krill oil also contains other nutrients, such as astaxanthin, an antioxidant that can help protect against cell damage.

Some research suggests that krill oil may be more effective than fish oil at reducing cholesterol levels. Krill oil is generally considered safe but can cause side effects such as stomach upset and fishy breath.

Krill oil is also rich in a potent antioxidant called astaxanthin. This powerful antioxidant has been shown to support cardiovascular health by reducing LDL oxidation, one of the steps in the development of atherosclerosis.

A study of 60 people with high cholesterol found that those who were supplemented with 6 mg of astaxanthin per day for 8 weeks had a significant decrease in LDL cholesterol and total cholesterol, as well as an increase in HDL cholesterol.

Maxi OMEGA-3 Krill also contains DHA (docosahexaenoic acid), another type of Omega-3 fatty acid that is important for cognitive health. A review of 11 studies found that people who supplemented with DHA significantly improved memory and reaction time, compared to those who didn’t take DHA.

A study from Nutrition Research investigated the impact of red krill oil supplementation on cholesterol levels and found interesting conclusions.

It was discovered that participants from the supplement group experienced a reduction in triglyceride levels by 10.2%. It is important to mention that triglycerides are a type of fat in the blood and have been linked to heart attacks and strokes.

Also, participants from the supplement group didn’t experience an increase in LDL (“bad”) cholesterol, unlike their counterparts from the placebo group.

Researchers concluded that red krill oil effectively reduces cardiovascular risk factors as it protects from the harmful effects of triglycerides and prevents an increase in LDL [1].

Red krill oil has also been proven to be more effective in normalizing lipid levels than fish oil.

One study divided participants with mildly high to very high cholesterol into different groups and discovered that low-dose and high-dose red krill oil supplementation was strongly associated with improvements in all lipid parameters compared to placebo and fish oil-supplemented groups.

Red krill oil is beneficial for cholesterol management thanks to the high Omega-3 fatty acids content. But, it is important not to forget that this particular oil is rich in antioxidants too. Antioxidants are potent compounds that protect our body from free radical damage and many other health issues.

What Does Maxi Omega-3 Krill Contain?

Maxi Omega-3 Krill is a natural and sustainable source of the Omega-3 fatty acids EPA and DHA and the antioxidant astaxanthin.

Maxi Omega-3 Krill is free of mercury, PCBs, and other contaminants. It is also sustainably sourced from Antarctic krill, a species that is not endangered.

Is Fish Oil or Krill Oil Better for High Cholesterol?

Krill oil is also a more potent source of the Omega-3 fatty acids EPA and DHA than fish oil.

Krill oil also contains the antioxidant astaxanthin, which provides additional cardiovascular benefits. However, if you want to go for the fish oil group over the krill oil group, we recommend choosing a prescription fish oil, but it will be pretty costly. Also, fish oil interaction is only the best if you aim for a high dosage.

Incorporate this powerful supplement into your daily routine to regulate cholesterol level thanks to the rich source of Omega-3 fatty acids and antioxidants.

Furthermore, our Maxi OMEGA-3 Krill is certified to be free from heavy metals such as mercury, dioxins, and pesticides and sustainably harvested from the southern Antarctic Ocean under strict regulation for a traceable and conscious product.