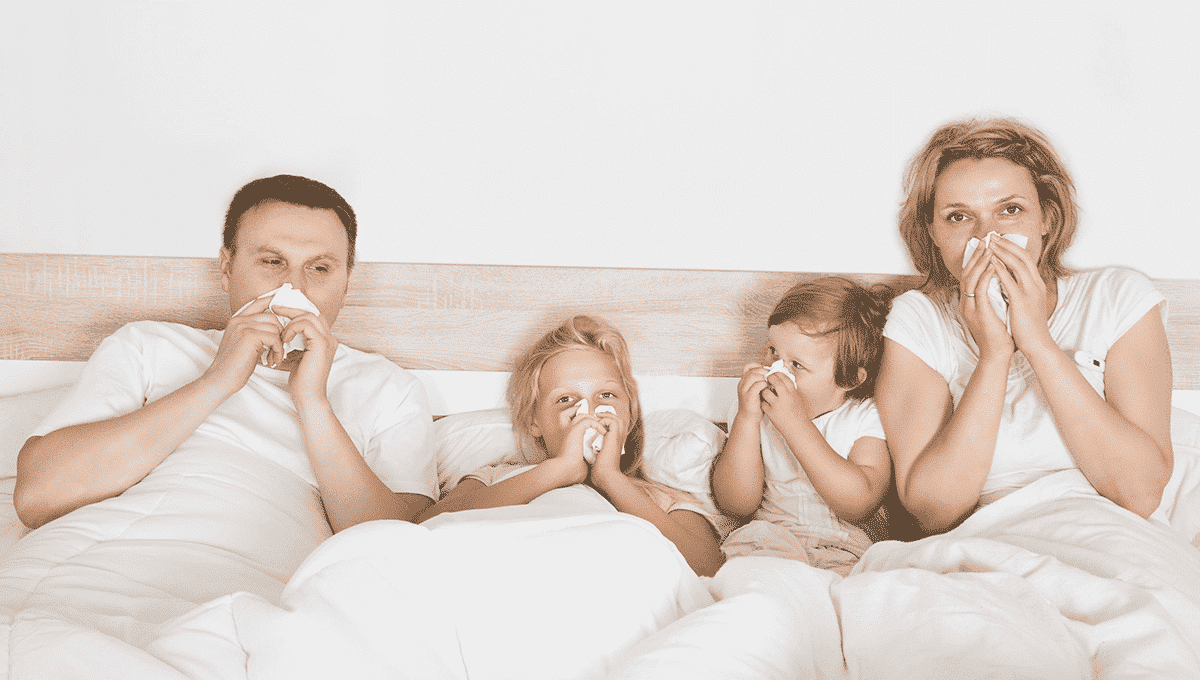 Colostrum is nature’s way of protecting new-borns from infections, since they have immature immune systems. Research has shown that colostrum is not only beneficial for newborn babies, but it can also be used as a supplement to combat bacterial and viral infections in older children and adults.

Symptoms of the common cold are often things such as a blocked nose, runny nose, slight fever and cough. However, a person who has flu may have more serious symptoms such as high fever, headaches, body pains, sore throat, and general weakness. Colds and flu are highly contagious and can cause children to miss school and adults to be less productive at work. These infections are often transmitted by sneezing, coughing and close contact.

Although there are no known cures for colds or flu, people often take medications to relieve the symptoms and shorten its course. However, it is far more beneficial to prevent infection and avoid its complications.

In taking MIP Colostrum regularly, you are helping your body strengthen its immune system against infections and avoiding the side effects that come with taking medications. Antibodies or immunoglobulins have been found to provide superior protection in the treatment and prevention of colds and flu. Studies have shown that colostrum supplements contain antibodies that can boost one’s immune system.

MIP Colostrum has a molecular structure that is very similar to human colostrum, which is what makes it a great choice for nutritional supplementation. Furthermore, it contains factors like immunoglobulins in significantly larger proportions compared to that of human colostrum. It also contains compounds called trypsin inhibitors and glycoproteins that prevent the destruction of the immune components during digestion.

One of the many health benefits derived from bovine colostrum is prevention and treatment of respiratory infections such as flu and colds.

MIP Colostrum is a high protein, low fat dairy product that contains immune cells and antibodies, which are components of the immune system. It also contains other protein components that help the body to become more immune, such as lactoferrin, lactoperoxidase and proline-rich polypeptides. These components help the body to fight off harmful bacteria and viruses that can cause common diseases such as the cold, flu, diarrhoea, herpes, and more.

The main function in the new-born is in the form of transfer of passive immunity from the mother to the child. The mother has been exposed to a variety of environmental factors and organisms to which her immune system has produced antibodies during her lifetime. In transfer of passive immunity the mother passes on her complement of antibodies to these various factors onto her offspring. In animals where maternal antibodies do not pass the placental barrier (horses, cattle, pigs, and sheep), the young get the antibodies immediately after birth by way of Colostrum. In these species the maternal antibodies present in the Colostrum are absorbed directly through the gut in the first few days following birth.

MIP Colostrum is the ultimate in preserving all the natural transfer factors, increasing and enhancing the bioavailability of the growth and immune factors to us:

Colostrum is one of the most highly researched supplements. Type in the word colostrum at www.pubmed.gov and you will see more than 3,000 studies strongly supportive of both Colostrum and its numerous components.

Colostrum has a virus antibody that acts against viral invaders. A wide range of antiviral factors was acknowledged to be present in Colostrum. This research was done at the US Government’s Center for Disease Control in Atlanta, Georgia.
Dr. E.L. Palmer, et. al.; Journal of Medical Virology

PRP, in bovine Colostrum, has the same ability to regulate activity of the immune system as hormones of the Thymus gland. It activates an under active immune system, helping it move into action against disease-causing organisms. PRP also suppresses an overactive immune system, such as is often seen in the autoimmune diseases. PRP is highly anti-inflammatory and also appears to act on T-cell precursors to produce helper T-cells and suppresser T-cells.
Drs. Staroscik, et. al.; Molecular Immunology

Reducing viral levels in the body and stimulating natural immune capabilities holds the most promise in helping our immune systems contain the HIV virus.
Drs. Nowa and McMichael; Scientific American