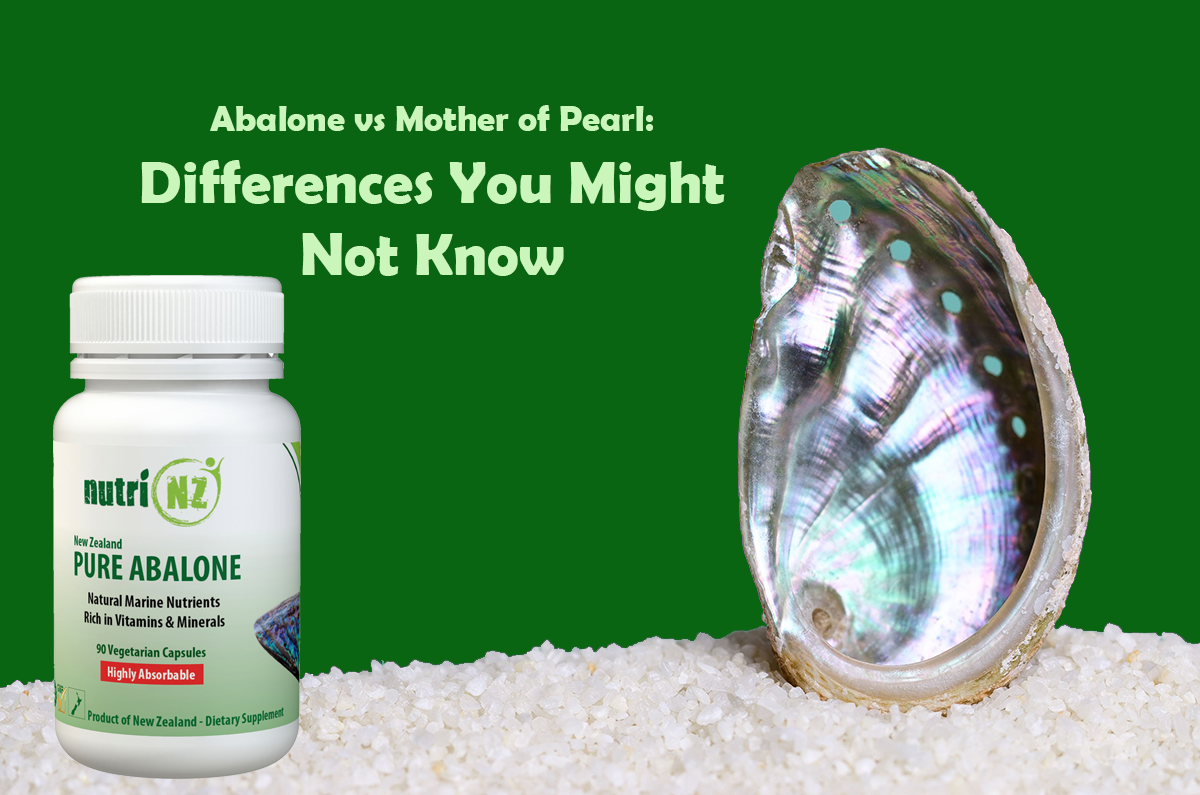 When most people think of abalone extract, the first thing that comes to mind is the beautiful iridescent shell sought after centuries for its decorative qualities. What many people don’t know is that the inner layer of the abalone shell, often called the mother of pearl, has a host of other uses that make it just as valuable as the outer layer.

Abalone vs mother of pearl, are they the same thing? The answer is both Yes and No. Let’s explain by doing a deep dive into the world of abalone and mother of pearl.

Abalone vs Mother of Pearl

Here are some points on which we can compare and contrast the discussion of abalone vs mother of pearl:

Abalone is an organism. To be more detailed, abalone is a type of mollusk or shellfish found in the ocean. The most common type of abalone is the black abalone, found off the coast of California. On the other hand, the mother of pearl is the internal layer found in an oyster shell. It is also known as Nacre and comes from freshwater mussels.

As we mentioned before, the most common type of abalone is black. However, abalone can also be pink, green, and white. The colors are caused by the different types of algae that the abalone eats.

If we talk about the mother of pearl, it can be found in an array of lovely colors such as white, silver, pink, green, bronze, and blue. The colors are created by the different types of minerals present in the water where the mussels live.

Mother of pearl tends to be more fragile than abalone. This is because it is thinner and has a lower density. Due to this, the mother of the pearl is prone to scratches. On the other hand, abalone is a lot tougher and more durable.

In terms of availability, abalone is not as easily found as the mother of pearl. This is because the mother of pearl is the inner layer of any oyster shell, and oysters are found in freshwater, which is more common than in the ocean.

The most common use of abalone is for its shell, which, as we mentioned, has been used for centuries for its decorative qualities. Abalone is also rich in marine nutrients and has many health benefits, making it a popular food and ingredient in different abalone supplements. You can also treat arthritis with abalone if you go for abalone extract or simply eat it as a dish.

Mother of pearl also has a range of uses. It is often used in jewelry and watches as it has a beautiful lustrous quality. Mother of pearl is also used in musical instruments, such as guitars, and in manufacturing buttons.

These are the key differences between abalone and mother of pearl. We hope now you understand why we said both Yes and No to the question: abalone vs mother of pearl, are they the same thing? They are similar in some ways but different in others. So, don’t get confused considering them one and the same thing.

Is the mother of pearl valuable?

Yes, the mother of pearl is valuable. Not only does this iridescent material have a beautiful appearance, but it also has many practical uses. From decoration on traditional musical instruments like flutes and banjos to buttons and jewelry, mother of pearl adds a touch of elegance to any item it adorns.

And thanks to its strong yet relatively lightweight composition, the mother of pearl is often used in the construction of high-end sunglasses and watch faces.

Is abalone the same as an oyster?

Abalone is a large sea snail, while oysters are mollusks with smooth shells. They also have vastly different flavors and textures – abalone has a firm, meaty texture and a distinct ocean taste, while oysters are usually softer and more delicate in taste.

In terms of cultivation and harvesting, the two also differ greatly. Oysters can be farmed in hatcheries and on farms, whereas wild abalone can only be sustainably harvested from its rocky coastal habitat.

What is the black mother of pearl called?

The dark variety of mother of pearls is known as black lip pearls. It comes from the Pinctada margaritifera – also known as the black-lipped oyster – found in tropical waters. These oysters are farmed mainly in Tahiti and French Polynesia, where they are harvested for their lustrous, jet-black shells.

When polished, the interior of these shells produces iridescent black pearls with stunning colors ranging from deep blue to silver.